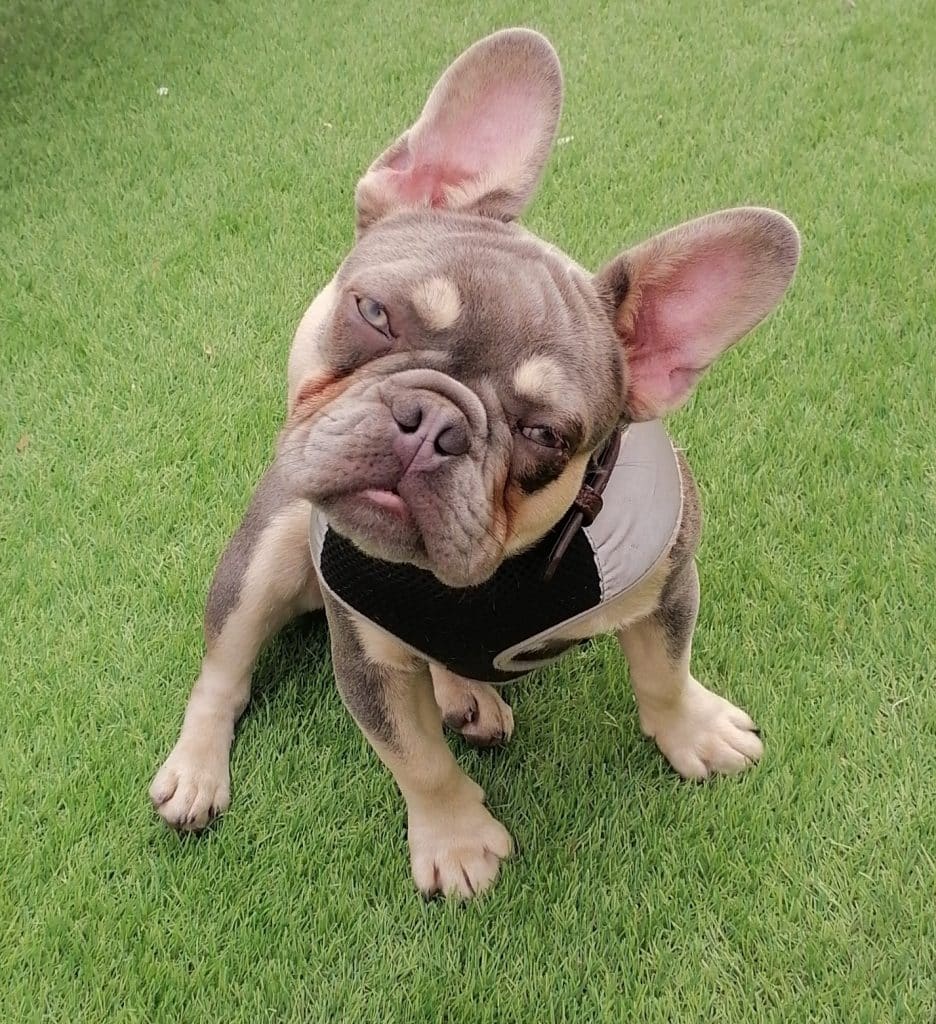 The French bulldog, whose Manchester City-supporting owners named after the club’s manager Pep Guardiola, was just four months old when vets warned he was in danger of losing his eyesight and, possibly, an eye.

Pep’s concerned owner Kathleen Lee, from Manchester, said: “It was so sad. It all started off with a little spot on his eye which just grew and grew.

“In the end, his eye was red raw and looked disgusting as it was covered in growths. It was also causing him a lot of pain.

“The whole family was upset, nervous and worried because we thought he could lose his eye and his sight completely.”

Fortunately, Pep was referred to us here at Eye Vet, where Natasha Carr-Sycheva, an Advanced Practitioner in Veterinary Ophthalmology, took charge of his care and treatment.

Natasha admitted it was a challenging task, saying: “This was an unusual and shocking case. Pep was suffering from multiple cysts and growths on and around the cornea in both eyes and these were also affecting a number of different tissue types and membranes around his eyes.

“Some of these growths also contained hair follicles which were then causing ulcers in the eye and significant discomfort.

“We needed to operate to remove the affected tissue and carry out reconstructive surgery, particularly to the eyelid, but corneal surgery is quite challenging as an operating microscope, specialised microsurgical instruments and precise surgical skills are required to perform it successfully.

“Eyelid reconstruction is also a challenge, as both an acceptable functional and cosmetic outcome is required.

“Surgery went well, though, and the outcome was successful as the wounds healed without affecting his eyesight and the owner is very pleased with the post-operative cosmetic appearance.

“Two months on, there has been no recurrence of the growths. Pep’s eyesight remains good and the eye is no longer ulcerated or uncomfortable.”

A delighted Kathleen, said: “The transformation is incredible. We’ve gone from being very sad and concerned to feeling incredibly relieved.

“We’re very grateful to Natasha and everyone at Eye Vet, they’ve done an incredible job for a lovely, amazing dog.

“It was my brother Michael who bought Pep and the whole family has fallen in love with him. We’re all so pleased he’s recovered so well because he’s already through been so much, even though he’s only six months old!”

No looking back for Dougal the Goose

Penguin given the gift of sight